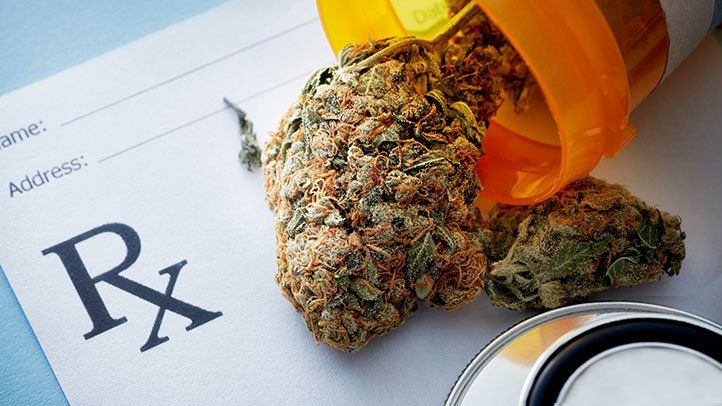 Unfortunately, in addition to its good results, this treatment is also known for the numerous side effects it causes, which reduce the quality of life of the patients treated. The unpleasant consequences are that the drugs attack the sick cells and the healthy ones and thus cause vomiting, nausea, digestive problems, loss of appetite, muscle or joint pain, fatigue, and shortness of breath as possible consequences. Click to know about benefits of ashwagandha

In these circumstances appears medical cannabis as an option that is increasingly used worldwide to combat the side effects of Chemotherapy. Because of this, numerous studies have been carried out in recent years that scientific evidence of effectiveness in combating various symptoms and problems that may arise in connection with this treatment.

The Complaints Nausea And Vomiting

Nausea and vomiting are caused during Chemotherapy by ingredients such as cisplatin (in the chemical drug cocktails), which cause excessive production of the hormone serotonin in a specialized type of cell in the gastrointestinal tract. The high concentration of this hormone irritates the mucous membrane and stimulates the vagus nerve (vagus nerve), the most critical nerve that controls the digestive tract. After this nerve receives the chemical messenger, it sends a signal to the brain to activate the ​​involuntary reactions characteristic of nausea and vomiting. Cannabinoids prevent this process by attaching themselves to the receptors in the digestive tract, thereby blocking the effects of serotonin.

A Cure For Loss Of Appetite

In addition to the symptoms described, another sequela of Chemotherapy is loss of appetite. If this effect lasts too long, it can result in severe weight loss, which is also seriously damaging to the patients’ health and increases their symptoms of fatigue.

This process occurs because the aggressive treatment chemicals influence the release of ghrelin, a hormone released in the stomach that regulates energy metabolism and controls the feeling of hunger in the brain. Usually, the levels of this molecule are increased before food ingestion and decreased again after the feeling of satiety, but its concentration is impaired by Chemotherapy.

Various studies have shown that the THC from cannabis helps stimulate the appetite of patients’ hunger with these cancer drugs. The positive effects of the marijuana component come from the fact that it has an effect similar to that of ghrelin. THC increases the production of another enzyme (called AMP) in the hypothalamus, which is usually activated by ghrelin and is involved in the metabolism and energy regulation of the body, and stimulates our feeling of hunger in the brain. Search here for easy wellness tips

Facts About Laser Hair Removal You Should Know Before Getting One

Is Cbd Good For Gastritis?

Cataract Treatment Singapore: Can you cure a Cataract without Surgery?