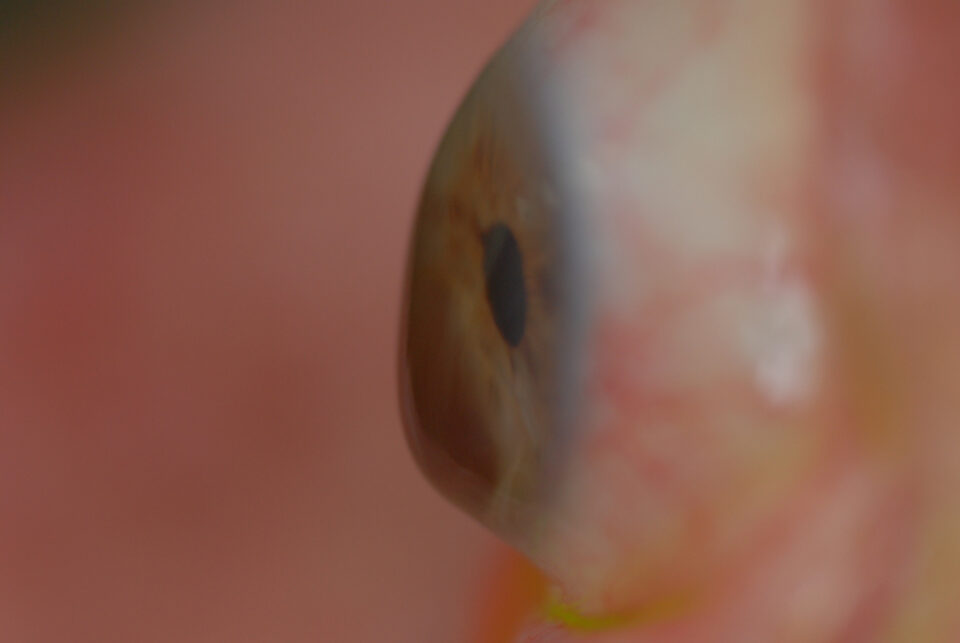 Ectasia is the rarest and most serious complication of laser myopia surgery. We know today that this complication is observed on previously pathological corneas, which correspond to crude forms of corneal disease that we know well: keratoconus. In its typical form, this disease is manifested in young adults by progressive myopia and astigmatism corresponding to the thinning of a zone of the cornea, which arches in a major way, taking the shape of a cone. However, crude, attenuated, and non-evolving forms can exist throughout life without manifesting themselves other than by the small myopia of a banal appearance. The very extensive preoperative assessment now allows us to detect these attenuated forms to exclude them from surgery, the risk of which is then to make them pass to true forms of keratoconus, which are then called ectasias.

In the past, we did not have the same means of screening, and a few cases of ectasia has fueled the discourse of those who are interested in limiting the craze for LASIK. The rigorous selection of patients now considerably limits the risk of such developments.

You can wear lenses a few weeks after a laser operation, whether it is a PKR or a LASIK laser or myopia treatment, but this is an exceptional event since the surgery is intended to eliminate the need for them. It is nevertheless possible, for example, for cosmetic, colored lenses, with, of course, the medical supervision usually necessary for any lens wearer.

What Is The Relationship Between Laser Myopia Surgery And Eye Strain?

In kraff eye institute for example, there is no direct link between laser myopia surgery and ocular pressure, which corresponds to intraocular pressure (IOP) and is not modified by surgery. On the other hand, any laser myopia surgery, whether it is a PKR or a LASIK, induces a thinning of the center of the cornea, which will lower, in an obvious way, the eye pressure figure because all current methods of measuring IOP are correlated to the thickness of the cornea. It is, therefore, important for an operated patient to inform an ophthalmologist he sees for the first time that he has undergone such surgery in the past because corneal scars are sometimes almost invisible in the long term. It will be important to weigh the measured figures not to underestimate the real intraocular pressure.

Will Lipoma turn to cancer?

“Should I Get a Boob Job?” Here’s What You Need to Know