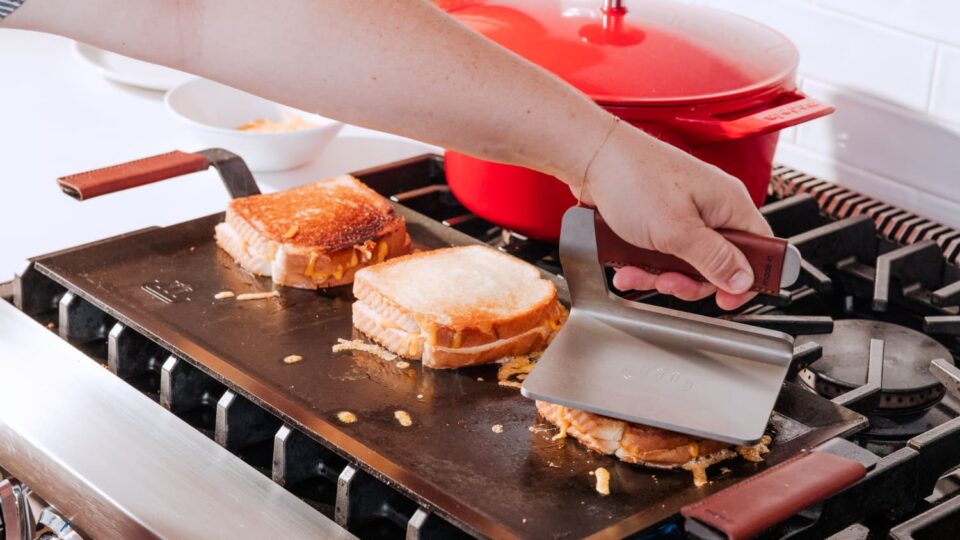 Grill enthusiasts in Europe are drooling over the news of Blackstone gaining entry into the UK market with its incredible Griddle models. Blackstone needs no introduction as it is already popular for turning outdoor cooking into a global passion through its range of griddles. Their griddles allow everything to be cooked outdoors so that nobody remains locked in the kitchen for preparing the remaining dishes.

The bonus is that BBQs 2u has been launching its Griddle collection on its official website. This family-run business has a reputation for being passionate about grilling and barbecuing which is why they are the authorised dealers of some major BBQ brands like Kamado Joe, Masterbuilt Series, Napoleon BBQs, and Ooni Pizza Ovens. Since BBQs 2u is also an approved dealer of Blackstone, they are the first ones to receive the stocks that will be available for customers in Jan 2023 or even before that.

The Blackstone Original 28in Griddle with hood is a flat top grill that is ranked as the best reseller in griddles. This unit is reasonably priced and has a huge range of features that makes it the best grill with a flat top surface for outdoor cooking. This compact and versatile outdoor grill is capable of preparing all kinds of dishes for almost 10 people at a time. The cast iron top guarantees uniform heating and its two stainless steel burners provide dual heat zone management.

The griddle station has two stainless steel H burners with individual controls, each with a cooking output of 15000 BTU which makes a total of 30000 BTU. A 20-pound propane tank powers its two independent burners while the push-button electronic ignition on this Blackstone griddle grill eliminates the need to fiddle with a lighter.

The 28-inch Blackstone Griddle with a hood is ideal for events and parties since it has a cooking surface of 470 square inches that makes it easy to cook for large gatherings. The folding legs of the Griddle eliminate the need for a tabletop or tailgate for it to be placed on top. It also boasts two pairs of caster wheels for easier movement and a side shelf for added convenience. The included hood protects the griddle from harsh elements.

The Rear Grease Management System allows the grease or oil to be collected in a tray attached at the rear side that allows grease to get removed from the cooktop easily and quickly. The propane tank can be mounted to the griddle’s other side using a tank holder which ensures that the tank remains safe at all times.

The steel base of the griddle is powder coated which not only improves its appearance but also makes it simpler to clean after use. The biggest advantage of this griddle’s powder-coated base is that it keeps food from sticking to the surface. As a result, users get a griddle that is not only well-made but also affordably priced and promises to make many afternoons and evenings happier.

Nothing can provide more pleasure than cooking outdoors on a Blackstone 28-inch Griddle and BBQs 2u launching the products makes life easier for grillers. Customers buying Blackstone Griddles understand it is the right investment knowing the fact they are in safe hands with BBQs 2u.

Salmon Heads Are Amongst the Most Preferred Selections on Chinese Menus