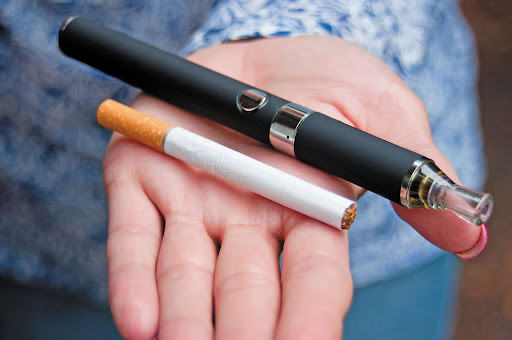 The National Drug Strategy Survey shows that about 11.3 per cent of the adult population have indulged in vaping or using e-cigarettes at least once in their lives. As the number of people who use electronic cigarettes in Australia increases, people have questions about their effectiveness in reducing or quitting smoking. This comparison is done, especially with the traditional nicotine replacement therapy. Nicotine electronic cigarettes from Smokefree Clinic have shown promising results among its users. This article looks at the different studies conducted to understand the role of electronic cigarettes and nicotine dependence.

What is Nicotine Dependence?

Nicotine is a highly addictive drug that induces the release of dopamine and serotonin in the brain, allowing users to feel a sense of relaxation and heightened experience when they consume it in the form of cigarettes, tobacco, patches, vapes or otherwise. Nicotine dependence occurs when a person becomes habituated with cigarette use, and experiences its effect physically, behaviorally and mentally. People become accustomed to tobacco or nicotine in their routine lives and need it to get on with the day. They might feel the urge to start the day with smoking, smoke after every meal, while drinking, driving the car, socializing, or when they are under stress.

Symptoms of Addiction to Smoking

Symptoms of nicotine dependency vary from individual to individual. Some become dependent quickly, while others experience a gradual addiction. One can understand their smoking habits by observing if

What Does Quitting Smoking Entail?

The prospect of quitting cigarettes can be a daunting feeling. The first step is to step back and reflect on one’s feelings and attitude towards smoking. It also helps people make a list of personal reasons for quitting and take the help of their loved ones for motivation. Going cold turkey may not always provide the desired result as they might experience extreme withdrawal symptoms and give in to the cravings. Rather people can consult professionals and move to nicotine electronic cigarettes from Smokefree Clinic or similar to gradually decrease their dependency and quit smoking. Vaping e-cigarettes are relatively less dangerous and hence can help people during the transition phase. Some also enrol in a guided smoking cessation program where they administer a combination of nicotine replacement therapy, e-cigarettes, and behavioural interventions to help combat the addiction to nicotine.

What Does Research Say About E-Cigarettes?

A randomized clinical trial was conducted in the UK by the National Health Services among 886 adult smokers around 41 years old. It showed that cigarette smokers who were provided with electronic cigarettes coupled with behavioural counselling had higher quit rates than those who were provided with nicotine replacement therapy. Participants in both groups reported that e-cigarettes and NRT were less satisfying than cigarettes. However, the participants mentioned that they found e-cigarettes helpful during quitting as they provided an experience close to smoking and did not induce higher withdrawal. A follow-up study also showed that the 1-year abstinence rate was higher among those who used e-cigarettes at around 18%. It shows that when e-cigarettes are administered to compulsive smokers, accompanied by cessation counselling and behavioural support, they can be highly effective.

Keeping Busy as You Grow Older: What Is There to Do?